Over 35 species of iguanas occur across the Americas and the Caribbean in a wide spectrum of colours, shapes and sizes, with many species growing to lengths of 1.5 m or more.

Iguanas are among the world’s most spectacular reptiles but they are not recommended as beginner-level pets. Many iguana species have demanding requirements in captivity, and large specimens can become aggressive, or even dangerous to handle as a result of their powerful jaws, sharp claws and whip-like tails.

The majority of iguanas in captivity are green iguanas (Iguana iguana). So called for their vivid green colouration,  not all green iguanas are actually green. Mature males may turn bright orange, red or brown when courting females.

Green iguanas have excellent eyesight, and communicate visually via “head bobbing” displays which show off their  dewlaps (a flap of skin that hangs from the neck that acts like a flag as the iguana nods its head).

In addition to their two regular eyes, many species of iguanas also have a “pariental eye” (also called a “third eye”) on the top of their heads. This is a primitive light-sensing organ that detects changes in light and dark, and warns against predators stalking from above. if you cover the pariental eye, captive iguanas often fall asleep, thinking that it is night time.

Watch the video below and take a look at the downloadable caresheet for further details! 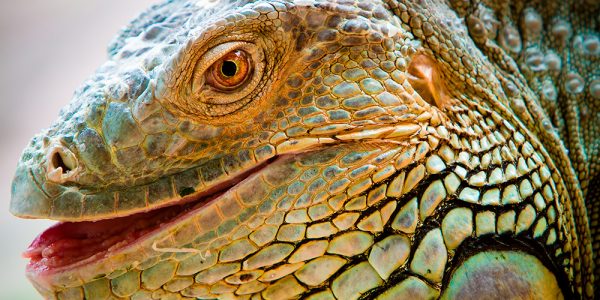 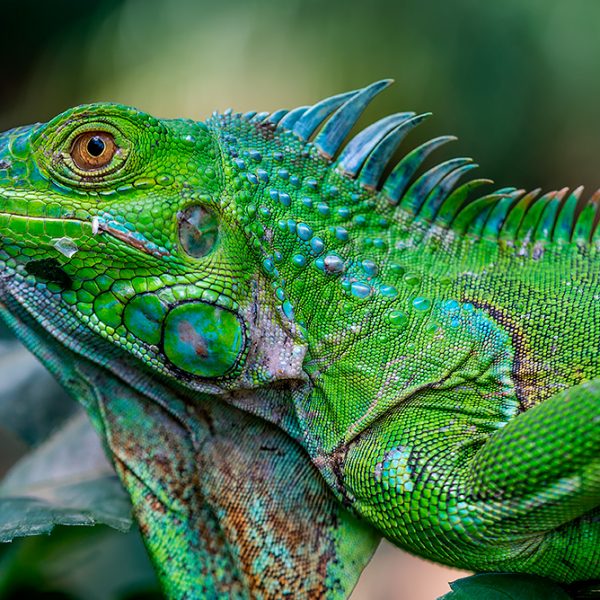 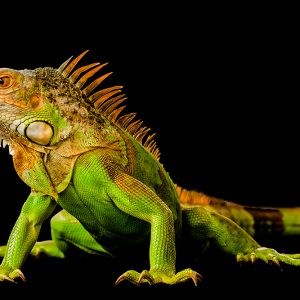 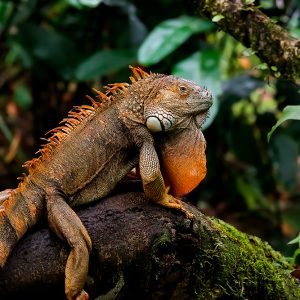 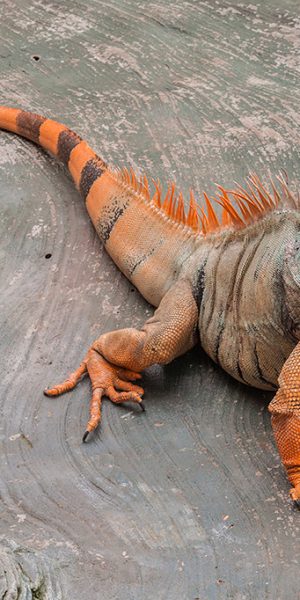 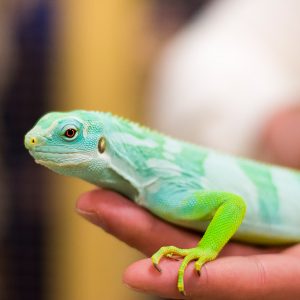 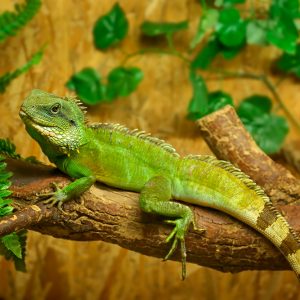