Tarantulas are among the most feared of all the world’s animals. But this fear is misplaced; many smaller spider species are far more dangerous. There are over 900 species of tarantulas distributed across the tropical, subtropical and warm temperate areas of the world.  Most tarantula species are mildly venomous - there is not a single case of a tarantula bite causing a human fatality.

Tarantulas come in all shapes, sizes and colours. The very biggest species are up to 30 cm across. Many of the large species of tarantulas can eat not just insects, but even birds. The bird-eating tarantulas of South America detect their avian prey by  sensing vibrations in the ground. When prey is close, the spiders pounce on their victim, injecting it with venom using their two-centimetre-long fangs! In parts of Peru, there are local legends of similar spiders taking chickens!

Like all spiders, tarantulas have eight legs and eight eyes (2 large round eyes close to the animal’s mouth parts, surrounded by 3 eyes on each side). Many species are covered with long hairs, and some tarantula species can flick the hairs at enemies when threatened. Many tarantulas have spinnerets at the base of the abdomen for spinning silk, and some species can also spin silk from the tips of their toes!

Tarantulas make fascinating pets. Watch the video below and take a look at the downloadable caresheet for further details! 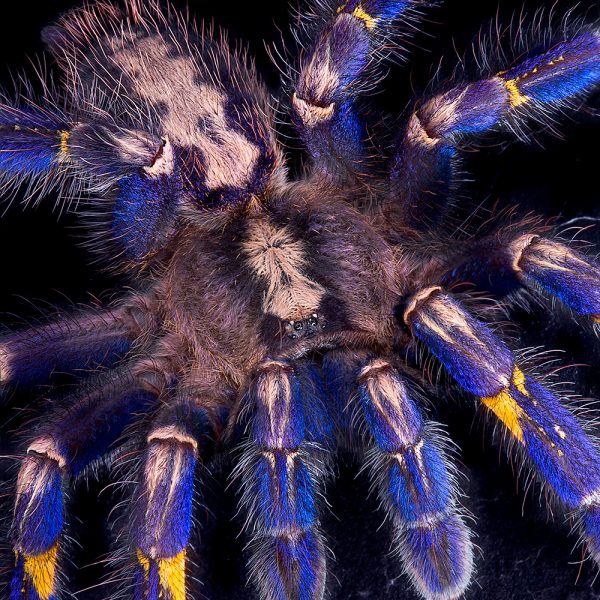 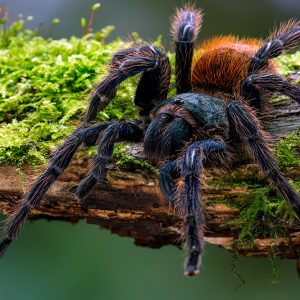 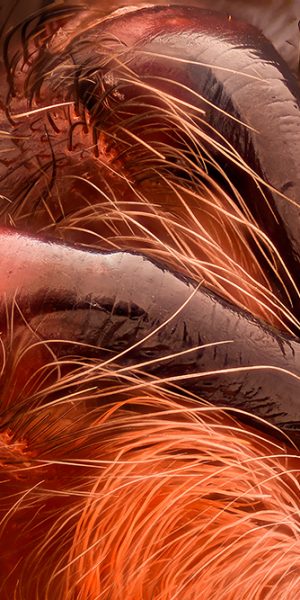 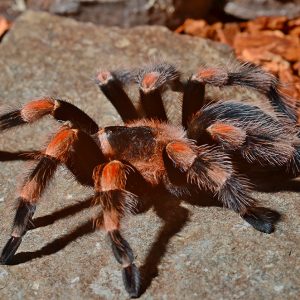 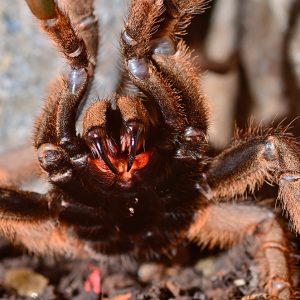 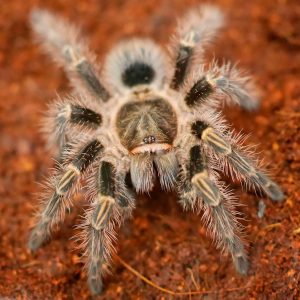 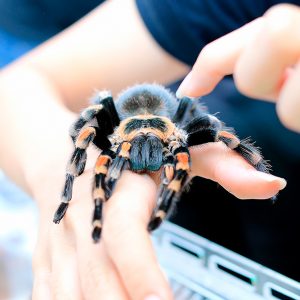 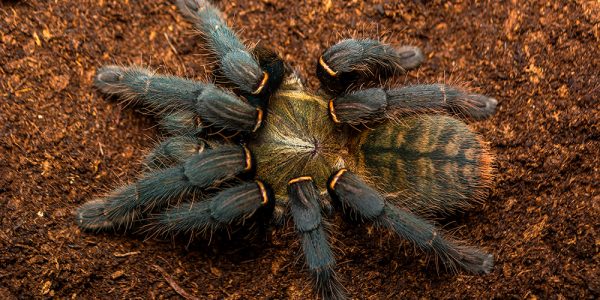 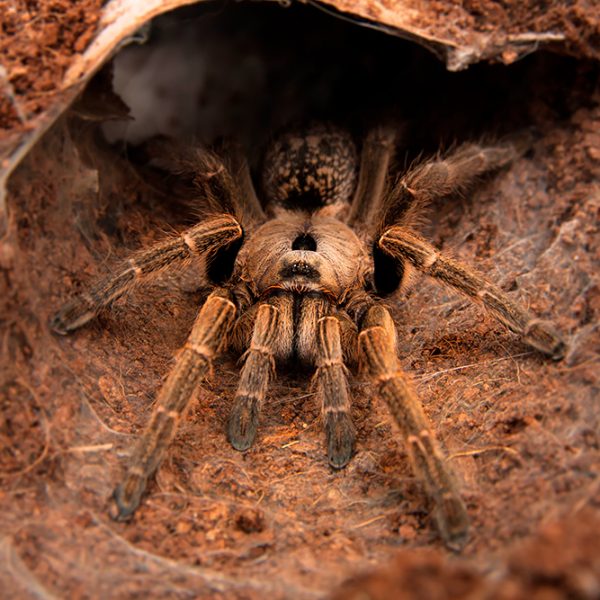 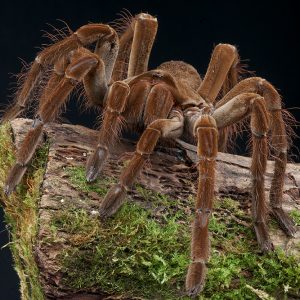